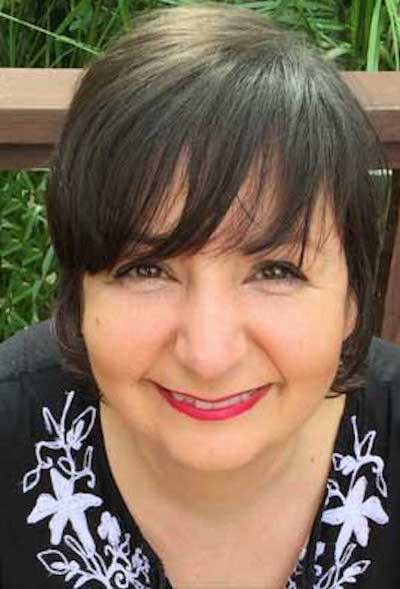 is a music publisher and songwriting coach who specializes in helping songwriters find their unique voice. With her characteristic bluntness and gift for understanding exactly what a song needs to have maximum emotional impact, she has developed and mentored successful songwriters for over 30 years.

Her career in the music industry started as an intern at Warner Chappell in Paris in 1989 after meeting Nesuhi Ertegun, co-founder of Atlantic Records with his brother, the legendary Ahmet Ertegun. In 7 years she worked her way up to be the Director of International Creative and signed rising Swedish pop group Ace of Base (50 million records sold).

In 1996, she moved to New York, where she was VP of Creative for Hit & Run Music (Phil Collins, Genesis) where she met songwriter Shelly Peiken (“What A Girl Wants” (#1), “Bitch (#2)) and landed cuts with Reba McEntire, Brandy, and *NSYNC. She then became the VP of Writer Development at BMG Publishing in 2001.

Since 2008 she has mentored songwriters through individual online workshops and group workshops in Los Angeles. Notable alumni include MILCK (whose song “Quiet” was the anthem of the 2017 Women’s March and garnered 15 million views in 48 hours). She also teaches music publishing, songwriting, and creativity classes at UCLA Extension and Musician’s Institute.

In her free time, she enjoys cooking dishes she’s never cooked before for parties of 6 or more, riding her electric bike through the streets of Hollywood, and traveling back to her native France and Turkey.