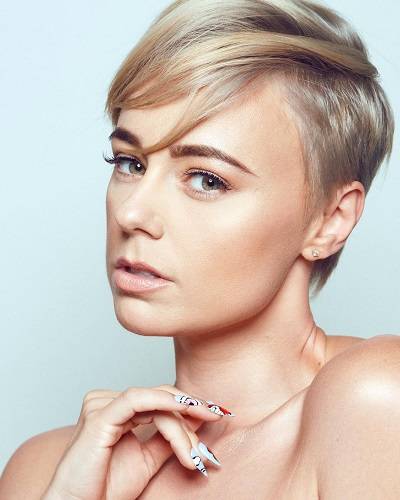 is a multi-platinum artist and songwriter, currently published by Universal Music Publishing Group Sweden. The UK native started her career with top 40 success touring sold out arenas with dance music phenomenon Basshunter. DYSON went from writing poetry in her bedroom to writing songs that would be sung in clubs, stadiums and be played on radio stations worldwide.


DYSON was hand selected by the the Grammy Foundation in 2017 to perform at the renowned Grammy Showcase at The Fonda Theatre in Hollywood, and was tipped as "One To Watch" shortly after. The talented singer is no stranger to the charts and after having achieved her first top 10 on the Billboard Dance Chart in 2017 with legendary DJ Sander Kleinenberg ('Feel Like Home'), she is now armed with a collection of catchy, honest pop songs, a motivated team and all of the ingredients she needs to take her career to the next level.
2019 has been an exciting year for DYSON, with 2 collaborations released on Sony Music's Disco:wax, her own Splice vocal pack reaching the charts and several songwriting placements with major artists including a landing a song on BTS' next album, Tyron Hapi and Liam Ferrari's 'The Times' due for release mid-2019 and Mackenzie Ziegler's single 'Emoceans' which came out earlier this year.

The talented artist is now preparing a round of solo singles for release and is ready to devote all of her time into championing her artist project.